Tiziana Monaco was born in Cosenza, where she lives and works. She started painting as a self-taught artist in 1992, and went on to study at the DAMS arts school to enrich her artistic culture. She then attended courses on engraving and jewelry techniques and on artistic stained glass, but painting always remained her favorite medium of communication. Her first exhibitions were collective shows, which allowed her to grow her style through comparison with other artists. Some of her works are now in private and public collections and in museums. Tiziana Monaco’s painting reflects contemporary life. In a dialogue with the viewer, she expresses her emotional states on the canvas, with bold colors. Her technique is spontaneous, sincere, the fuit of a personal research, unpolluted by academic pedantry. The main character in her paintings is very often the woman, symbol and confirmation of her strong feminine individuality. While some artists and scientists believe that seasons will disappear in the future, Tiziana Monaco is able to admire and portray the spectacle of nature, and to make us wonder at the simplicity of feelings and at the candor of emotions.

The artistic career of Tiziana Monaco is a stylistic growth that leads to various awards, the publication of his works on art catalogs and other than the media and operators of the sector are engaged in his business. Some of his works are in private collections, public and museums. His painting reflects the contemporary. The painter, communicating with the performer of the work, manifests on the canvas, with strong colors, emotions and moods. Therefore, the choice of the figurative is not random. Monaco is a spontaneous, sincere technique, the fruit of personal research, not polluted by academics. Tiziana Monaco looked and looked into face and on television. The Virgilio Prize, International Recognition, conferred to Brindisi - in October 2015. After the two-yearly New York exhibition in review two-year-olds - SCOPE Art and the 29th Chelsea International Fine Art Competition at the Agora Gallery in 2014, the artist arrives to exhibit in June 2014 at the RIVER TRIAL VIEW OF VISUAL ARTS IN ROME 2014, presented by Achille Bonito Oliva and then in July 2014 at the "LONDON: ROYAL ART IN THE WORLD" exhibition - Royal Opera Opera Gallery in London. In November 2014 he received the Arte Catania Prize, receiving recognition as "Artistic Master", to arrive later in December 2014 to exhibit at Art Basel in Miami. In 2015 he exhibited a Palermo Biennale in Palermo - Politeama of Palermo - Inauguration Prof. Vittorio Sgarbi - curated by Prof. Paolo Levi, then at HONG KONG ASIA CONTEMPORARY ART SHOW in March and again in BIENAL DE ARTE BARCELONA "- MEAM (European Museum of Modern Art) - Barcelona in April. Finally he exhibits at the 56th BIENNALE DI VENEZIA - "Thank you Italy" by Arianna Fantuzzi - (Guatemala's Pavilion) and to conclude in October of 2015 with the "DREAM ART" Exhibition Masterpieces of the 900s and contemporaries - Dali Museum - Berlin.

Here are some of my latest works.
Click on the images to make them bigger 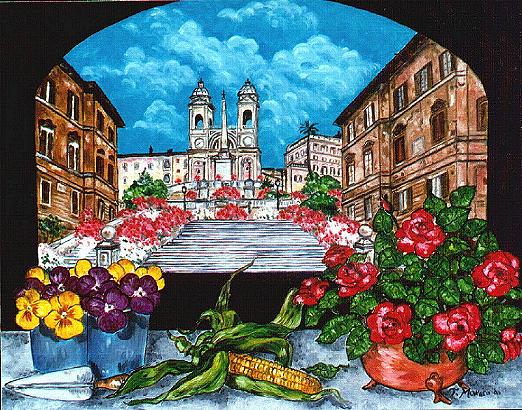 I'd love your feedback!